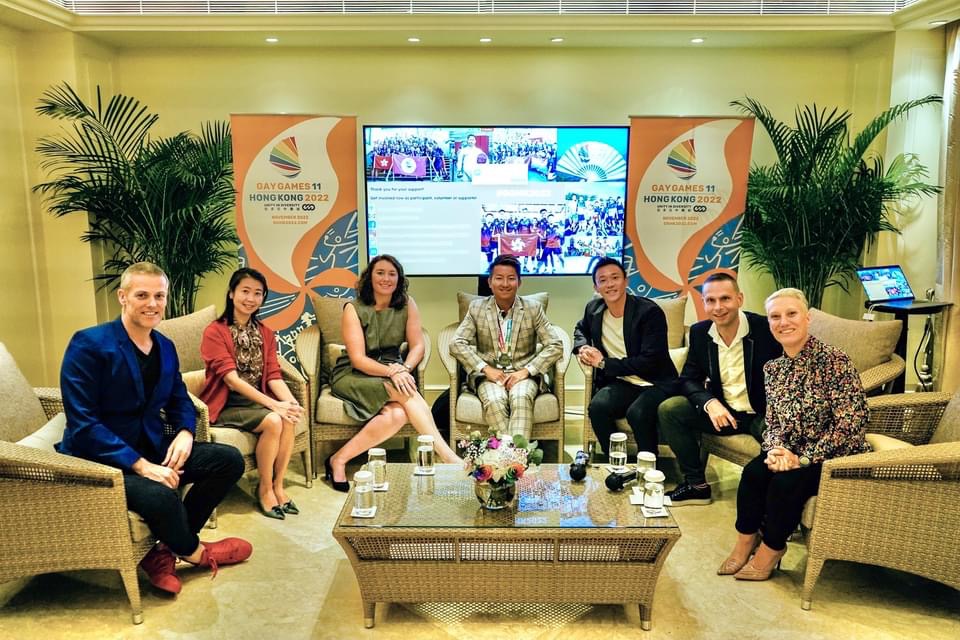 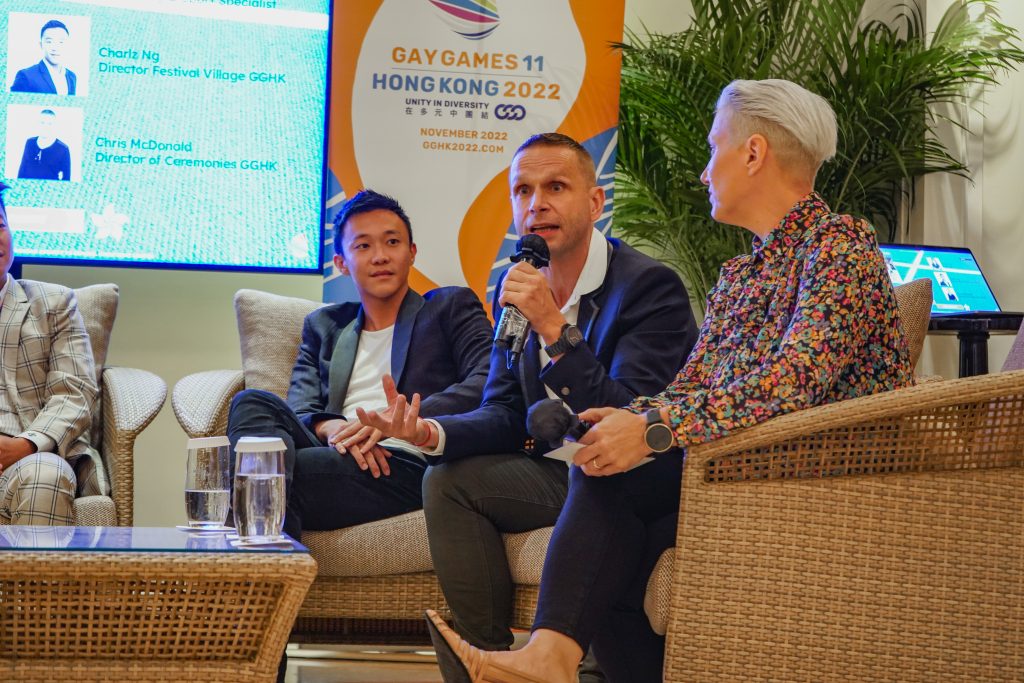 Exactly to the day on 12th November  in 2 years, the opening ceremony to the eleventh edition of the Gay Games will start! That is exactly 730 days to the world’s largest sport LGBTQ+ event to be held in Hong Kong!

The preparations are truly under way and we would like to spend some time reiterating the purpose and mission of the Gay Games as well as reflecting on the impacts such an event will have on the city, the region and most importantly the people – spectators, participants, volunteers, vendors, the LGBTQ+ community and the community as a whole in HK and Asia.

Vivian Lee  – Olympian and Sport, Marketing Specialist
Vivian is responsible for the day-to-day operations of the ActionHouse International, a Sports Marketing and PR agency in Hong Kong as well as project development in Asia. Vivian is an Asian Games Silver Medalist in Swimming. She was one of the torch bearers in HK for the Beijing Olympics 2008. She has a keen interest and passion in Sports and Marketing. Vivian is currently a member of the Sports Commission Board, the Harbour Front Commission, Long-term Prison Sentences Review Board and an adjudicator of the Registration of Persons Tribunal. Vivian is a member of the Advisory committee of GGHK.

Dennis volunteers for GGHK because he believes that GGHK will have a massive positive impact on Hong Kong/Asia, uniting everyone in- and outside the community. He believes the Games are a perfect way to showcase that LGBTQ+ people can also do sports. For many participants it will be an opportunity to participate in an event that’s bigger than themselves, creating a never-to-be-forgotten experience.

Jasmine Titmuss – Cricket player and Ballgames Manager GGHK
Jasmine originated from the UK having played cricket from the age of 8. She played representative cricket for Nottinghamshire, Lancashire, England Academy and England A before moving to Hong Kong for work. Here she plays cricket for Hong Kong Cricket Club and has represented the Hong Kong Womens National Team as well as playing Hockey for Hong Kong Football Club. Jasmine is Ballgames Manager for GGHK and has always been a big advocate for sport and what it can bring to an individual and a community.

Charlz is GGHK’s Director of Festival Village and the co-founder of Hybrid Group, the event and marketing agency named focusing on the fitness and wellness space. He was also a volunteer at the Games Games held in Paris in 2018.

Chris was a volunteer at Gay Games Sydney in 2002, where he volunteered and participated in the Opening and Closing ceremonies. He also participated for the first time in Paris 2018 in the Half Marathon. Chris is leading the Opening & Closing Ceremonies of GGHK.

Billy Wong – Volleyball player
Billy is a former HK men’s volleyball team player He participated in the last Gay Games held in Paris in 2018 where he won gold with his team. 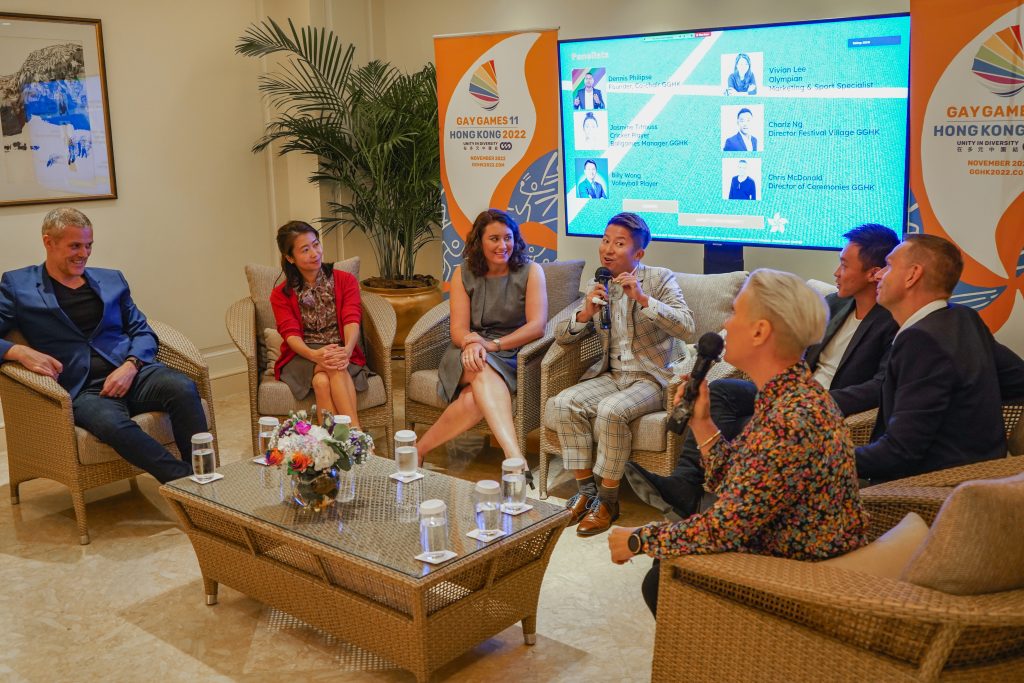 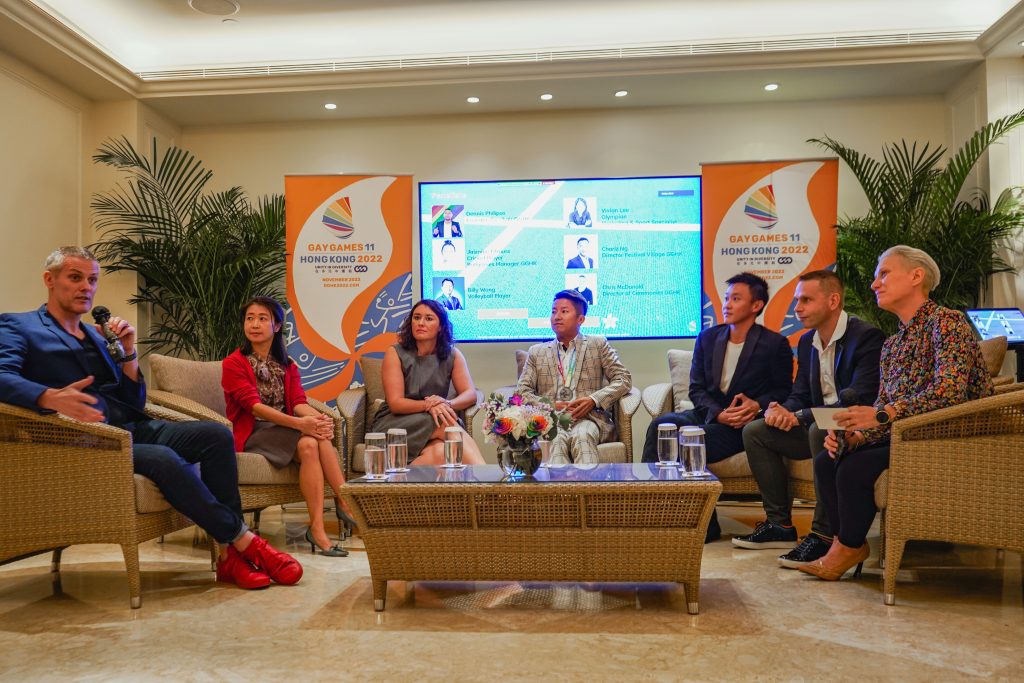 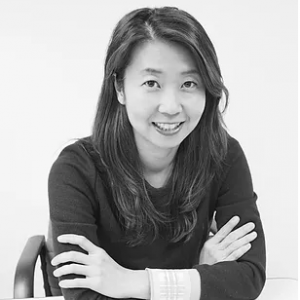 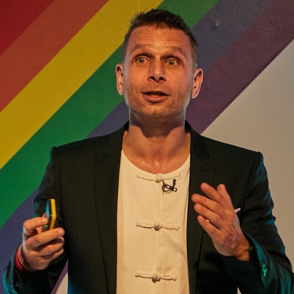 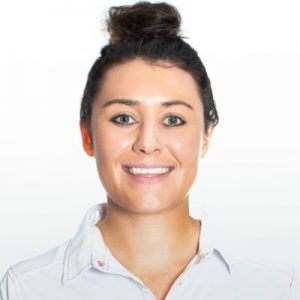 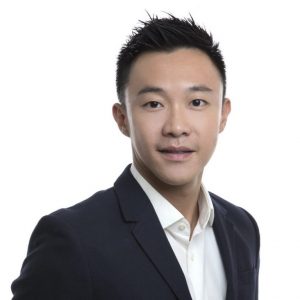 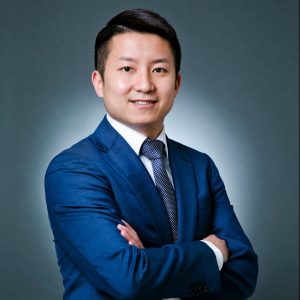 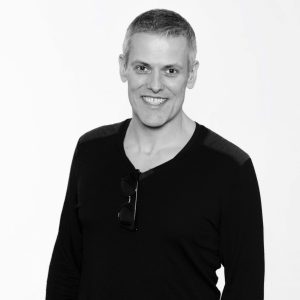 The Gay Games is built upon the principles of Participation, Inclusion and Personal Best. Based on these values, since 1982, the Gay Games have brought together people from all over the world, with diversity, respect, equality, solidarity and sharing.

The Gay Games is open to participants of all ages, experience levels, sexual orientation and physical ability. The Gay Games Hong Kong 2022 will be the 11th Gay Games and will be held in November 2022. 36 sports and 11 cultural activities are planned to include more than 12,000 participants.

If you are interested to join the GGHK team, please check out more information here.