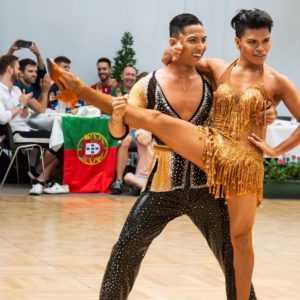 Childhood friends win over France immigration authorities, then judges and fans with their competition show-stopper