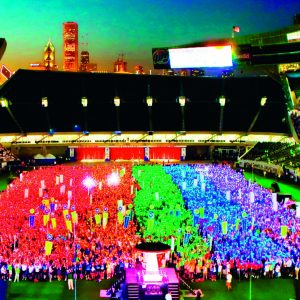 Twenty cities from 14 countries have expressed an interest in hosting the 2026 edition of the Gay Games.

The Federation of Gay Games (FGG) received a record number of expressions of interest, with the 20 cities coming from across six continents.

Six American cities have registered an interest, including San Diego and Seattle, with Cape Town and Durban in South Africa also doing so.

Other cities include Brisbane in Australia, São Paulo in Brazil, and Taipei, Taiwan.