The Gay Games 11 Hong Kong 2022 (GGHK) organising team announced today that the Games, originally slated to be held in November 2022, will be postponed to November 2023. An exact date for the event in 2023 will be announced shortly after consultation with the Federation of Gay Games (FGG), the international governing body for the Games, which has already endorsed the decision to postpone.

Dennis Philipse, co-chair of GGHK, described the decision as critical to enabling a successful Games. “The unpredictable progression of COVID variants and corresponding travel restrictions continue to make it challenging for participants from around the world to make plans to travel to Hong Kong. The world today is radically different from 2017 when we won the bid to host the first Games in Asia. GGHK remains steadfast and committed to our original vision of organising the most inclusive and diverse Games celebrating its 40 year history. With many parts of the world, including many across Asia, still struggling to contain the virus and facing uneven access to vaccines, we felt that delaying the Games until November 2023 will enhance the likelihood of delivering on our promise to have the Hong Kong Games serve as a beacon of hope for the wider community across the region.”

“Given the ongoing uncertainty regarding the state of travel restrictions internationally and in Hong Kong, we have decided to postpone the Games now to give sufficient time for FGG member organizations to develop an appropriate training schedule for the Games, and make alternate arrangements for their 2022 tournaments.”

He continued, “Recent attempts of a couple of lawmakers to politicise the Games have distracted the media from the true mission of the Games, an event open to all, focused on Unity in Diversity. Anti-inclusion objections from this small but vocal minority, however, have galvanised the resolve of our 300 volunteers, and brought out overwhelming support from the general public, business community, and other legislators. Mrs. Carrie Lam, Hong Kong Chief Executive, has also expressed her support for the spirit of inclusion and diversity of the Games. We have enjoyed a surge in enquiries from potential corporate sponsors and private venue partners since June, when the Games were first debated in Hong Kong’s Legislative Council.”

“The Hong Kong Games play a critical role to bolster our city’s modern, cosmopolitan image internationally. Chosen over 17 other cities, Hong Kong is also the first destination in Asia to host the 11th Games, providing a highly visible platform for Hong Kong to show a global audience how and why it truly is Asia’s World City. Given the ongoing uncertainty regarding the state of travel restrictions internationally and in Hong Kong, we felt that a postponement now will increase the likelihood that our city’s return to the world stage would be a triumphant one which would most closely mirror our initial projections.”

Commenting on the decision, Sean Fitzgerald, co-president of FGG, said, “The FGG stands behind Hong Kong’s decision to postpone the Games, and will continue to work with the GGHK team and our member organisations to ensure that our event in November 2023 delivers on meeting our core aims of participation, inclusion and personal best to the widest possible attendance from Asia and internationally.” 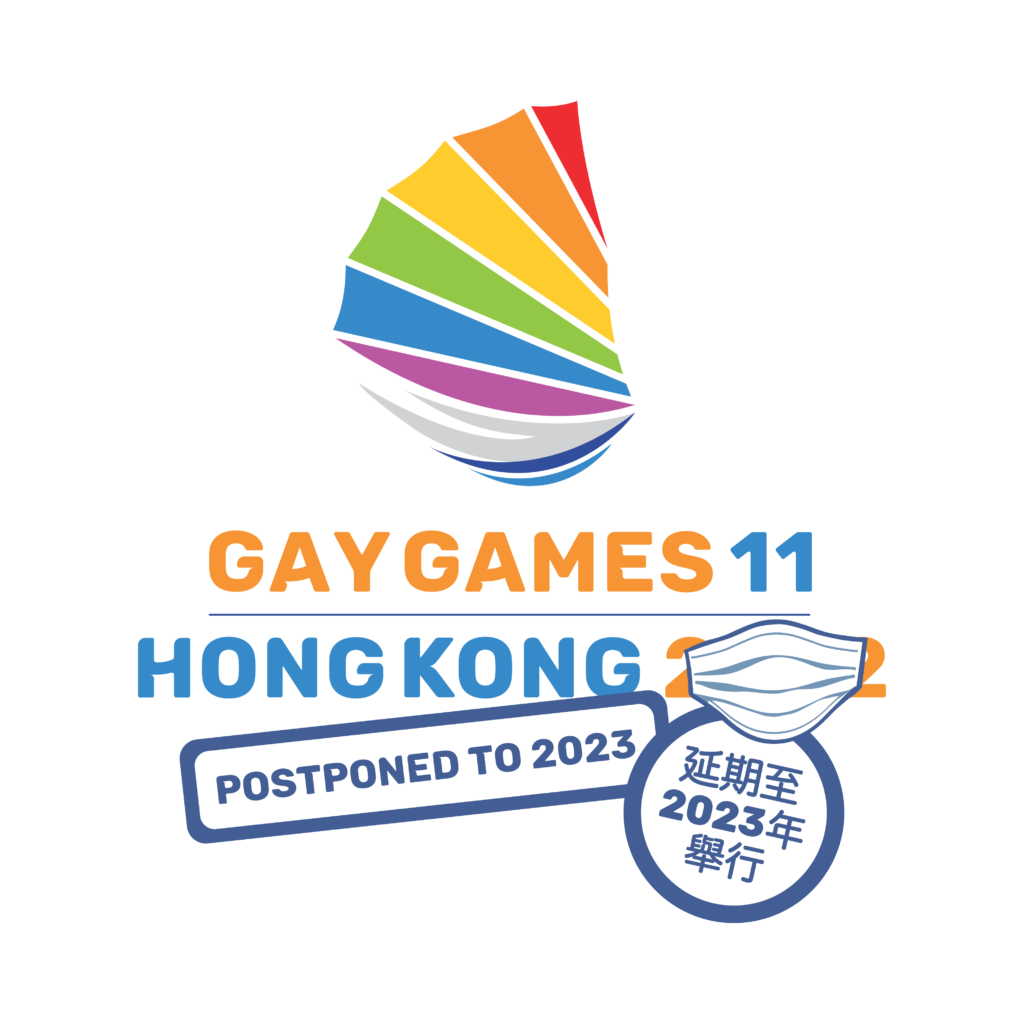 The Hon. Mrs. Regina Ip, member of the Legislative Council of Hong Kong and chairperson of the New People’s Party, said, “The importance of the Games to Hong Kong’s global image as a forward-looking, cosmopolitan city should not be underestimated. In addition, the 12,000 participants and 75,000 spectators that were expected in the original plans would bring in close to HK$1 billion to the local economy, providing a lifeline to the tourism and aviation sectors which have been so badly affected the last two years. I fully support postponing the Games to 2023, which will give the organisers more time and resources to focus on hosting a successful event, and encourage more multi-sports events to be hosted in our incredible city.”

Allan Zeman, Chairman of the Lan Kwai Fong Group in Hong Kong said, “It is understandable that major sports events are delayed during the pandemic, but the worldwide audience still enjoyed the Tokyo Olympics and Paralympics. I believe the same would happen to the Games in 2023, which would allow a more engaging and a safe environment for everyone.”

Ming Wai Lau, Chairman of Ocean Park and member of GGHK’s Advisory Committee, said, “In light of the circumstances with the pandemic, postponing the Games is prudent and necessary. I look forward to seeing the Games take place in 2023 and, in the meantime, continue its engagement with the local community.”

Dr Trisha Leahy, Chief Executive of the Hong Kong Sports Institute and member of GGHK’s Advisory Committee said, “Deferring the Games until November 2023 will allow this vibrant celebration of sports for all, to be successfully held without the current COVID concerns. I am confident the hard-working organizing team will ensure that the spectacular programme of sports events will bring much joy and excitement to participants and audiences alike! I hope everyone continues to train hard in the meantime!”

Lisa Lam, co-chair of GGHK, said, “Inclusion, solidarity, community, and resilience. These four words are the bedrock of identity for the Games, guiding us through this major decision we announced today. Dr. Tom Waddell, who founded the Games in 1982, once said the Games transcends the traditional problems of ageism, sexism, and racism, and just as importantly, nationalism. All of us involved envision a world without competing political ideologies, without national borders, without tribalism. Holding the Games in 2023 will have even greater meaning as we head into a world buffeted by fear, uncertainty, and bigotry.”

“There are massive problems ahead for the human race, too overwhelming for any single nation or ideology to solve, so only through Unity can we overcome them together. The word gay in our name is an anachronism, a reminder of past decades when LGBTQ+ minorities were fighting a different beast. Today, our aim is to unite and celebrate diversity, whether you are straight or belong to a minority.”

Gay Games 11 Hong Kong, originally planned for 11-19 November 2022, will be held for the first time in Asia. We are expecting 12,000 participants, 75,000 spectators and 3,000 volunteers from 100 countries under the theme “Unity in Diversity.” There are 36 sporting events planned including Dragon Boat Racing, Dodgeball, eSports, and Trail Running, Opening & Closing ceremonies, Festival Village, and Arts & Culture events with daily performances, a Gala Concert, LGBTQ+ art exhibitions, and memorial events to celebrate the 40th anniversary of the Gay Games. Supporting organisations include the Equal Opportunities Commission, BrandHK and the Hong Kong Tourism Board.

Building on the success of the Paris Gay Games 10 in August 2018, Gay Games 11 will have an estimated economic impact of close to HKD1 billion (USD 128 million), comprising 300,000 hotel room bookings and associated consumption revenue, and millions of pictures on social media #HongKong.

About the Federation of Gay Games (FGG)
The FGG mission is to promote equality and social change for LGBTQ+ people through its quadrennial sports and culture event, the Gay Games. Conceived by Dr. Tom Waddell, an Olympic decathlete, the Gay Games principles are “Participation, Inclusion and Personal Best™” and it was first held in San Francisco in 1982. It is now the world’s largest quadrennial LGBTQ+ sports and cultural event open to all, that is organized and led by LGBTQ+ artists and athletes. Gay Games have been held in San Francisco (1986), Vancouver (1990), New York (1994), Amsterdam (1998), Sydney (2002), Chicago (2006), Cologne (2010), and Cleveland+Akron (2014). The most recent Games, in Paris (2018), involved over 10,000 participants from 91 countries, 3,000 volunteers, 36 sports, and 14 cultural events, and pumped 107.6 million Euros into the local economy.