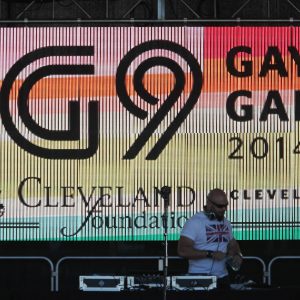 The 2014 Gay Games, which attracted nearly 8,000 athletes to Northeast Ohio in August, added $52 million to the local economy during the eight-day event, according to a just-completed study by two economics professors at Kent State University.

• An additional $13.3 million was generated in so-called “indirect spending,” including spending by waitresses, bartenders, food suppliers and others who benefited economically from having all those visitors in town.

• The equivalent of 726 new full-time jobs were generated by the event, though Rohlin concedes that the figure may be more accurately described as temporary hires, part-time positions made full-time and full-time employees working overtime.